Tonight Harald and i started a 3 month journey at IRacing. We subscribed to the Ferrari GT3 challenge which started today. 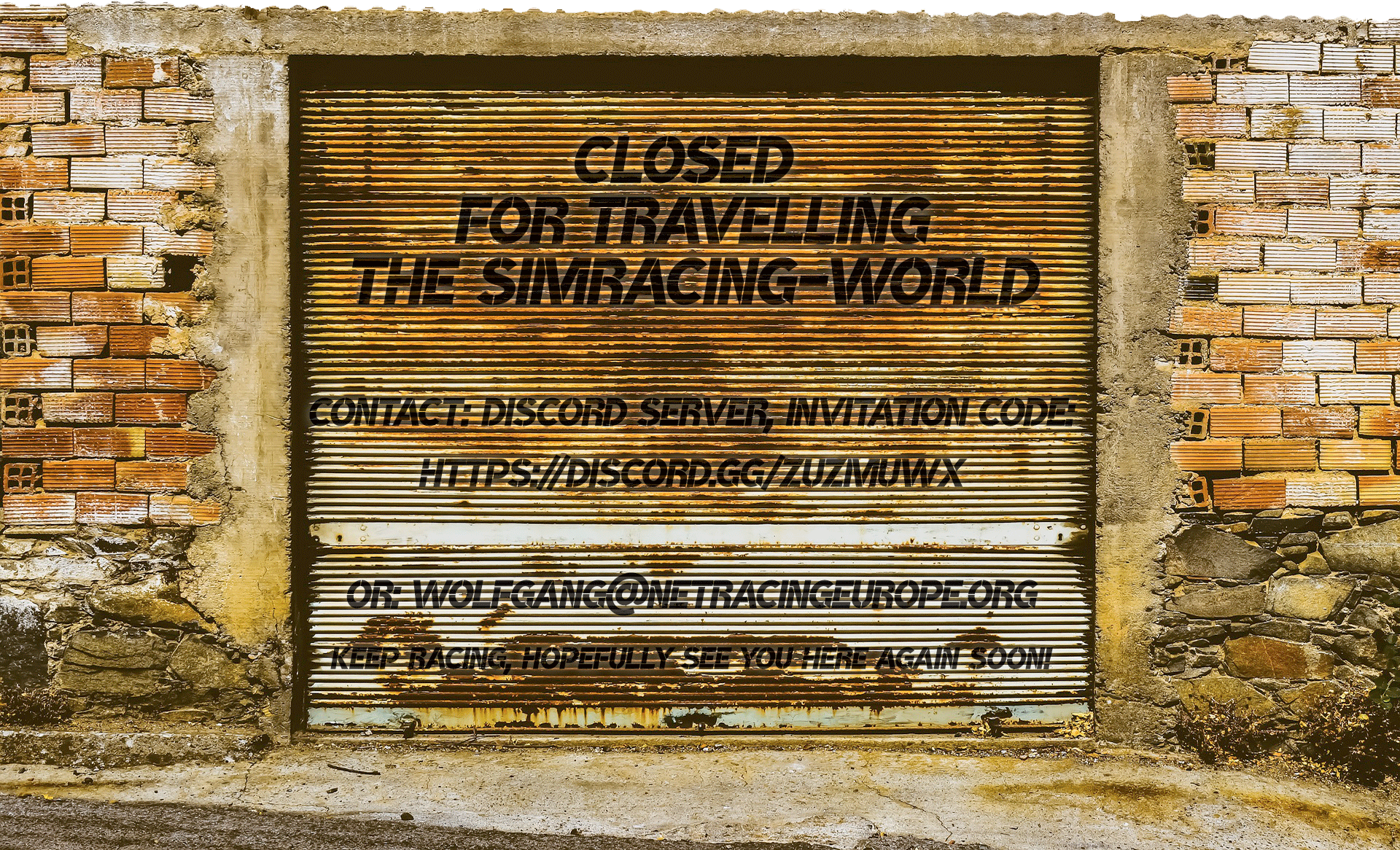 What´s up with the community? There´s a absolute brilliant car made that cost less than a half of a lousy BigMac, made by a professional team like SimracingSystems and WE GOT ONLY 5 REGISTRATIONS for this. Even some of the oldest NRE members said NO to this.

I cannot hide my frustration about how things going on lately:

We got ONE series running well in the last 2 years, and that have been the first Porsche Cup. The second edition came and drivers started already to moan, that they do not want to race with the Porsche further on (of course they haven´t been that successful with it). Then some drivers wanted some kind of high downforce cars again. We introduced the brilliant Indy Lights Series, but the driver count at the registrations only reached 10 or 11 (haha if I would have known the registration count of the F79...).

So we switched to the Kunos Lotus Exos 125 S1: The highest participation at a single race has been 10 drivers, and this has been the top of it because we didn´t got more drivers for this series. At the 6th and last race we only have been 5 drivers.

The latest disaster now with the F79 Car: Most of us are mid-aged, so most of us are knowing the F1 from the 80ies and some also from the 70ies. This car got brilliant physics, a very good modelled car, brutal high quality sounds - a dream of a sim racing car. And we only reached 5 registrations, a new low-point here at NRE.

I think it´s time to make a break, if drivers do not want to race in a certain league, they should better do this elsewhere or close simracing. The site will remain as it is, the Discord Server will be there for further communications, BUT THERE WILL BE NO NEW SERIES for the moment.

Enjoy the break, maybe some of us will realize what a good racing community is for,

your man for almost everything

The Decision has been done: We will do our next season with the Formula 79 from RSS. It is a fantastic car and isn´t used widely for league purposes. This has been the primary reason to use this one. The car is available for only € 1,99 at RSS, registration is open now at our Discord Server. Check the rules and the schedule here at the page and be part of the challenge!

The last race in Mexico has been done yesterday. Harald´s choice for a 1-stop strategy vs. Wolfgang´s 3-stop strategy - The 3 stops has been faster and we got our first Open Wheel Champion after many years: Wolfgang Kronthaler! tataaa... :))

The season has just been done and the planning for the next one are on the way. The only sure thing is that it will be an Open Wheel season again. The most promising car for a full field should be the Formula Hybrid, this needs to get checked. All I can say is that we surely will NOT do a season with that less drivers again.